Yara India’s Sanjiv Kanwar talks to The Federal on the new policy, wherein two-thirds of a company’s fertiliser bags sport the common brand name and name of the scheme, PM Bharatiya Janurvarak Pariyojana

Except for urea, common branding for other plant nutrients has been deferred. Representational image

The government’s ‘one nation, one fertiliser’ policy’, which comes into effect from October 2, might force profit-focussed and farmer-centric companies to market crop nutrient solutions that are outside the subsidy regime to escape restrictions on branding.

Though Yara India Country Manager Sanjiv Kanwar did not say this explicitly in a Zoom interview with The Federal, his comment that the company sells products on the basis of quality and outcomes rather than pricing, suggested as much.

Yara is a Norwegian fertiliser company that goes back to 1905. It operates in 60 countries and sells in 160. Being focussed on fruits and vegetables, it set up operations in India in 2011 in Maharashtra, which is known for the cultivation of grapes, bananas, mangoes and pomegranates and vegetables like onions. Initially, it sold its specialty crop solutions through three Indian companies including Tata Chemicals, whose 1.2 million tonne per year urea plant at Babrala in Uttar Pradesh it acquired in 2018, in order to address broad acre cereal crops as well. 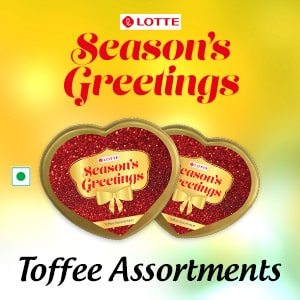 What’s in a name? Everything…

Understandably wary of making any comment critical of the government, Kanwar said it was justified in requiring commodity fertilisers to be sold under common brand names, namely, Bharat Urea, Bharat DAP, Bharat MoP and Bharat NPK, because of the huge subsidy on them.

The landed cost of a bag of 45 kg urea, for instance, is about ₹2,500 but farmers pay ₹268. Muriate of potash (MoP) retails for less than a tenth of the import cost and Di-ammonium phosphate for a quarter of the landed price.

Under the new policy, only a third of the fertiliser bag can be used for the seller’s name, logo and product information. The rest has to sport the common brand name and the scheme: Pradhan Mantri Bharatiya Janurvarak Pariyojana (PM-BJP). That PM-BJP is also the abbreviation of another government scheme for the supply of generic medicines – Pradhan Mantri Bharatiya Janaushadi Pariyojana – shows the real intent is to promote the ruling party at taxpayers’ expense. [The use of the word pariyojana (project) instead of yojana (scheme) also gives the game away.]

Kanwar said except for urea, common branding for other plant nutrients has been deferred. The government wants to test the waters before pressing on. He sai, the move could save up to ₹6,000 crore in averted freight costs which is subsidised up to 1,400 km. By ensuring that fertilisers travel the least distance to reach farmers, the policy will help in optimising freight expenditure.

With common brand names, fertiliser companies could become no more than contract manufacturers. But since the bags sport their names, companies that care about farmers’ goodwill will not play fast and loose with quality. They might also use commodity fertilisers as a touchpoint to sell specialty products.

Kanwar said Yara India’s interest is in selling solutions rather than products. It has about 300 employees in the field, about 50 of them agronomists and the others mostly agricultural graduates with a rural background. They try to find out what farmers want and educate them about the right use of fertilisers. Intense engagement with farmers helps in building loyalty. The advice also has to be honest. Kanwar says his teams have advised farmers against overuse of urea – against its commercial interests – because “it’s the right thing to do.”

A frustration for companies selling speciality fertilisers is the long registration time. A 2019 World Bank report, ‘Enabling the Business of Agriculture,’ says it takes 804 days on average to register a fertiliser formulation in India against 90 days in the US and none in the United Kingdom or Norway (highly-regulated Germany takes 730 days).  Kanwar says 80 per cent of Indian soil is deficient in zinc and boron. He would love to sell zinc-coated urea for paddy and boron-coated urea for wheat. “We do this globally,” he said.

In India, trials are underway, and he hopes the approvals will come soon. Micronutrient coated fertilisers make plants healthy and help them resist pests and diseases. That’s a collateral benefit that is not often priced in.

Another promising area is fertigation or the application of water-soluble fertilisers (which are outside the subsidy regime) precisely through micro-irrigation devices like drips. A government scheme initiated in 2015-16 had set a target of 10 million ha to be micro-irrigated by 2021-22 but coverage has fallen short by about half. The stretch target for 2025-26 might not be achieved, but it will still provide enormous business opportunities for companies like Yara India, Kanwar said.

An app, courses for farmers

Since agriculture is a high greenhouse gas-emitting activity, sustainability is critical for the future of farming. Kanwar says Yara has adopted the goal of being nature positive in farming. Earlier this year it acquired a Finnish company that makes bio-stimulants, which enable plants to better absorb nutrients in soil by stimulating their internal mechanisms or soil microbes.

In a large farming country like India, it is not enough for a company to be physically present. It must exist in the digital space as well. Kanwar says Yara India is testing an app which will be rolled out shortly. It will provide agronomic advisories to farmers, hyperlocal weather information and access to finance. Since farmers rely on retailers, the company is also investing in their training. It has initiated a 12-week course for retailers and their wives in about five districts of UP to begin with. Retailers will be trained not only in providing advice on nutrients also in management of inventory and cash flow.

Fertiliser companies invested in the longevity of their businesses in India will see the PM-BJP directive as just another hurdle to be smartly negotiated.

View: Outcome of Russian referendum in Ukraine areas is a sure thing; question is of the next steps