India Prime Minister Narendra Modi has launched Phase-I of the Ahmedabad Metro project in the state of Gujarat.

He also travelled on the train from Gandhinagar station to Kalupur Railway after flagging off Gandhinagar-Mumbai Vande Bharat Express.

The Phase-I Ahmedabad Metro project includes around 32km of the East-West corridor from Apparel park to Thaltej and the North-South corridor between Motera to Gyaspur.

Having a 6.6 km underground section with four stations, the Thaltej-Vastral route in the East-West corridor features 17 stations.

The complete Phase 1 project entails an investment of more than $1.57bn (Rs129bn).

The metro train set is fitted with an energy-efficient propulsion system, which is anticipated to save around 30%-35% of energy. It also features an advanced suspension system.

Furthermore, the Ahmedabad Phase-1 metro project will offer multi-modal connectivity, which is being implemented by the Indian Railways, and the national bus system.

In a statement, Modi said: “At Kalupur Station my Vande Bharat journey ended and my journey on board the Ahmedabad Metro began.

“In no time, I was headed towards Thaltej, where an exceptional programme was held. Ahmedabad will love their Metro, which will boost connectivity and comfort.”

Power Resistors for the Railway Industry 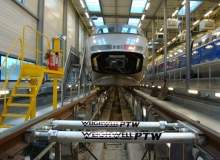 Are loans against stocks and mutual funds good for investors?

Silver Lining: Why IT stocks can be one of the top performers in 2023