India just seized US$678 million of Xiaomi assets, over claims it made illegal remittances to foreign entities by masquerading them as royalty payments.

Here is what you need to know…

On Friday, September 30, 2022, an Indian appellate authority confirmed an April order by the Enforcement Directorate of India to seize Rs 55.51 billion (US$678 million).

The Enforcement Directorate found that Xiaomi made illegal remittances under the Foreign Exchange Management Act (FEMA), to foreign entities by masquerading them as royalty payments.

The Competent Authority appointed under Section 37A of the Foreign Exchange Management Act has confirmed the seizure order of Rs. 5551.27 Crore dated 29.04.2022 passed by the Directorate of Enforcement (ED) against Xiaomi Technology India Private Limited under the provisions of FEMA.

The Company started its operations in India in the year 2014 and started remitting the money from the year 2015. The Company has remitted foreign currency equivalent to INR 5551.27

The Authority, while confirming the seizure of Rs 5,551.27 crore, held that ED is right in holding that foreign exchange equivalent to Rs 5,551.27 crore has been transferred out of India by Xiaomi India in an unauthorised manner and is held outside India on behalf of the group entity in contravention of Section 4 of the FEMA.

It was the Enforcement Directorate’s finding that the payment of royalty was a mechanism to (illegally) transfer foreign exchange our of India – a “blatant violation” of FEMA requirements.

This is the highest amount of seizure order in India which has been confirmed by the authority till date.

Xiaomi India is the wholly-owned subsidiary of the Xiaomi Group in China, and sells and distributes mobile phones under the Mi brand name.

Chinese companies are facing headwinds in India, due to political tensions that arose from a border clash between the two countries in 2020.

Since then, India banned more than 300 Chinese mobile apps, and tightened rules for Chinese companies.

Xiaomi Pushes Back Against Seizure Of Assets In India!

On Sunday, October 2, 2022, Xiaomi India issued a statement, pushing back against the seizure of its assets.

It clarified that more than 84% of its remittances were royalty payments made to Qualcomm Group, to pay for intellectual property used in its Indian version of smartphones.

It also asserted that all royalty payments were limited to sales done by Xiaomi India, and confirmed by the Qualcomm Group.

Finally, it stated that since it does not own or hold any assets outside of India, Section 4 of FEMA would not apply to its remittances.

We have studied the order from the Competent Authority and are disappointed with the decision as none of the factual and legal contentions raised by us has been addressed. We believe our royalty payments and statements to the bank are all legitimate and truthful. We would like to clarify few points regarding our royalty payments:

a) Xiaomi India is an affiliate and one of the Xiaomi Group companies, which entered into a legal agreement with Qualcomm Group (USA) to license IP for manufacturing smartphones. Both Xiaomi and Qualcomm believe that it is a legitimate commercial arrangement for Xiaomi India to pay Qualcomm royalty.

b) Of the entire IN 5551.27 Crore Xiaomi India paid to foreign entities, more than 84% were royalty payments made to Qualcomm Group (USA), a third party US listed company, towards the in-licensed technologies, including Standard Essential Patents (SEPs) and IPs used in our Indian version of smartphones.

d) All royalty payments made by Xiaomi India were only related to sales done by Xiaomi India, and not for any other countries or regions. This has also been confirmed by the Qualcomm Group (USA).

e) These royalty payments were made via RBI approved and mandated banking channels and are legitimate commercial arrangements.

Moreover, we would like to clarify that Xiaomi Technology India Private Limited does not own or hold any assets outside India. Hence, as per our understanding, the Section 4 of FEMA does not even apply in this situation.

We will continue to use all means to protect the reputation and interests of the Company and our stakeholders. We remain committed to working with various authorities to resolve the issue.

Although Xiaomi states that it will “use all means” to protect its reputation and interests, it is hard to see what the company itself can do.

Perhaps it was an indirect threat of bringing the Chinese government into this fray. Whether China will step into what’s really a regulatory dispute remains to be seen… 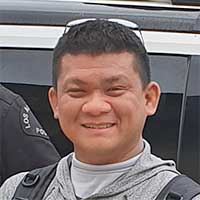 Support my work through a bank transfer /  PayPal / credit card!

Dr. Adrian Wong has been writing about tech and science since 1997, even publishing a book with Prentice Hall called Breaking Through The BIOS Barrier (ISBN 978-0131455368) while in medical school.

He continues to devote countless hours every day writing about tech, medicine and science, in his pursuit of facts in a post-truth world.

Please support us by visiting our sponsors, participating in the Tech ARP Forums, or donating to our fund. Thank you!

Monsoon withdrawal from southwest India including Maharashtra from Oct 7: IMD

Best Midcap Stocks for Long Term? Here are 5 to Watch Out for