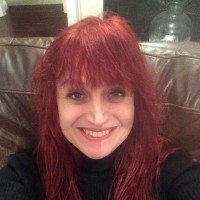 A magazine boss has been unveiled as the new editor of two sister dailies based in her hometown.

Newsquest has announced the appointment of Liz Nice as its regional editor in Suffolk, where she will oversee the East Anglian Daily Times and Ipswich Star.

Prior to its merger with Newsquest, Liz had worked for Archant for nine years and has most recently served as head of content for the group’s county magazines.

Liz, pictured, said: “I’m really looking forward to working with the Suffolk news team again. My first job in journalism was as a reporter on the East Anglian Daily Times and the then Evening Star back in 1992.

“When I returned to Archant in 2014, as the EADT’s managing editor, I really enjoyed being back on my hometown papers.

“I’m also chuffed to bits to be the EADT’s first woman editor in its 148-year history.

“I’ve worked on a lot of newspapers and magazines in my time but when I told my 85-year-old father the news at the weekend, I saw the pride in his eyes I’ve waited a lifetime for.”

Liz’s appointment comes after the departure of Brad Jones and she will officially take over the Ipswich-based dailies on Monday.

Earlier this month it was revealed editor David Powles would be leaving the Eastern Daily Press, with Norwich Evening News chief Richard Porritt adding the title to his portfolio.

Vincent Boni, acting managing director for Newsquest Eastern Counties, said: “Along with the recent appointment of Richard Porritt as regional editor for Norfolk, we have an exceptional senior editorial management team.”

Combine Harvesting: The Advantages of a Reverse Merger