By Bethan Edwards For Mailonline

She is starring in a new big screen romantic comedy.

And Lucy Boynton looked every inch the leading lady as she filmed scenes in east Los Angeles on Tuesday for new movie, The Greatest Hits.

The Brit beauty flashed her midriff in an eye catching orange knitted crop top which she teamed with checked pink and white trousers.

In character: Lucy Boynton looked every inch the leading lady as she flashed her midriff in a crop top while filming scenes in Los Angeles on Tuesday for the movie titled The Greatest Hits

The costume was completed with a pair of black trainers and a glamorous palette of makeup and she accessorised with silver hoop earrings.

Lucy was seen taking a break from filming after taking on driving scenes around LA.

Enjoying some downtime, she carried her phone and headphones while keeping hydrated with a bottle of water.

Wow: The film comes after the beauty parted ways from starring as rock singer Marianne Faithfull in a new biopic after having creative differences

The Greatest Hits started production last month and was written by Ned Benson, who is also directing the romantic comedy.

Lucy is starring in the movie but little is known about her role, as the details of the Searchlight Pictures film have been kept under wraps. 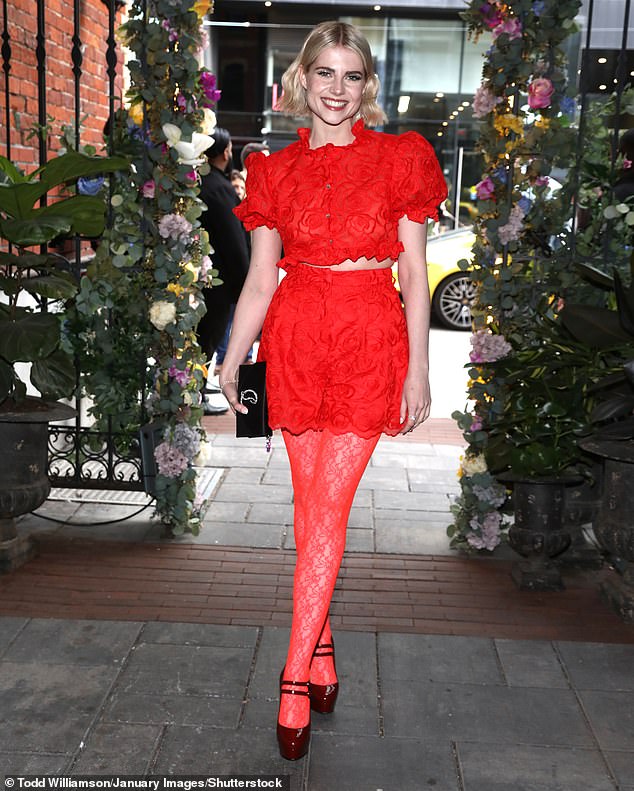 Busy star: Lucy,(pictured last month in Toronto), started filming for her new romantic comedy The Greatest Hits last month and was spotted on driving around LA in character

The Umbrella Academy’s Justin H. Min has also joined the cast and will star alongside Lucy,  The Wrap reported.

The movie is described as a soulful romantic comedy exploring the connection between music and memory, according to Deadline.

Lucy is next due to appear on screens in her latest film Chevalier, in which she plays doomed last Queen of Mary Antoinette.

She celebrated the world premiere of the Amazon Prime film at Toronto Film Festival earlier this month.

Chevalier is based on the life of the titular French-Caribbean musician Chevalier de Saint-Georges, played by Kelvin Harrison Jr.

Lucy stars as Marie Antoinette, who was executed by guillotine in 1793, in the biographical movie, which was released last month.

Lucy has been in a relationship with her Bohemian Rhapsody co-star Rami Malek, 41, since 2018.

She also has a starring role as Marie Antoinette in the biopic Chevalier that had its world premiere earlier this month at the Toronto International Film Festival. 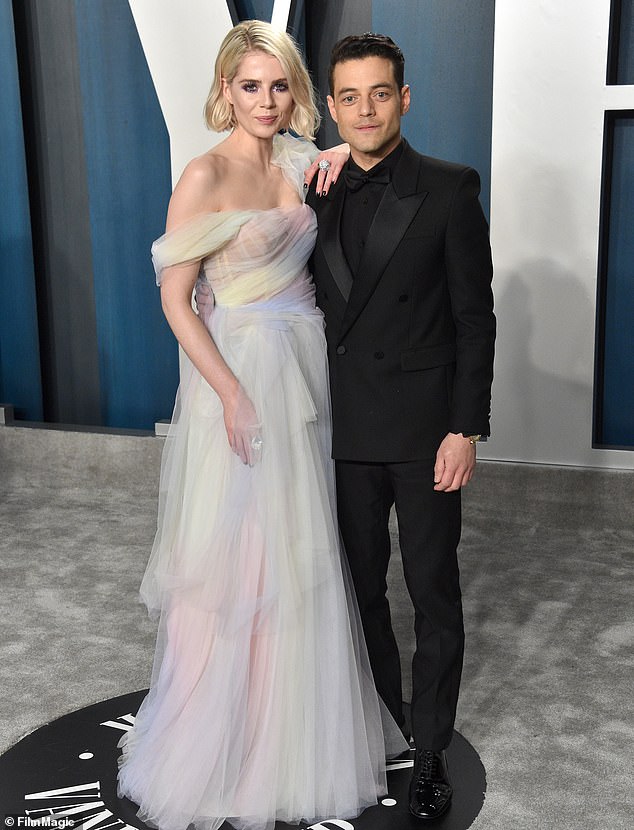 Going strong: Lucy has been in a relationship with her Bohemian Rhapsody co-star Rami Malek, 41, since 2018, shown together in February 2020 in Beverly Hills, California

‘Close Encounters’ Would’ve Been a Different Movie if Steven Spielberg…