The two-day festival, organised to commemorate the 10th anniversary of KCCI, has a host of events lined up to mark the special occasion, including performances of K-Pop girl group “BugAboo”, boy group “Kingdom” and “ID” Korean fusion music band that combines the traditional Korean music with the rhythm and modes of the Western music.

The festival will also witness traditional Korean wedding events of two selected couples, wherein their family and friends will be invited to hold the auspicious ceremony on the festival dates. 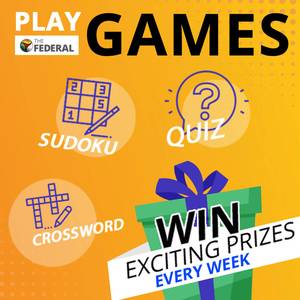 It will also host a Hanbok (traditional Korean clothing) fashion show, directed by Samuel Chung, the vice-president of the Korean Culture Promotion Association.

Besides, the festival will feature various other events such as Korean naming and calligraphy experience centre where people can witness Korean calligraphy and get their own Korean names written on the spot. The attendees can also visit Hallyu (a Chinese word for South Koreas cultural wave) flea market — one where the exhibits owned by the KCCI will be displayed.

“We want to create an experience platform which can show how the seeds of Korean culture that we have sown over the past decade in India are blooming and what fruits it will bear in the future. The festival will be the live proof to show the soft power of Korea in India,” said Hwang Il Yong, director of KCCI.

The festival will come to a close on October 16.

(Except for the headline, this story has not been edited by The Federal staff and is auto-published from a syndicated feed.)

Gainsight Gained Ground in Q2 2023 With Focus on Durable Growth Through Customer, Product, and Community-led Strategies

Contempt of court plea: HC orders notice to Congress leaders over use of KGF film…