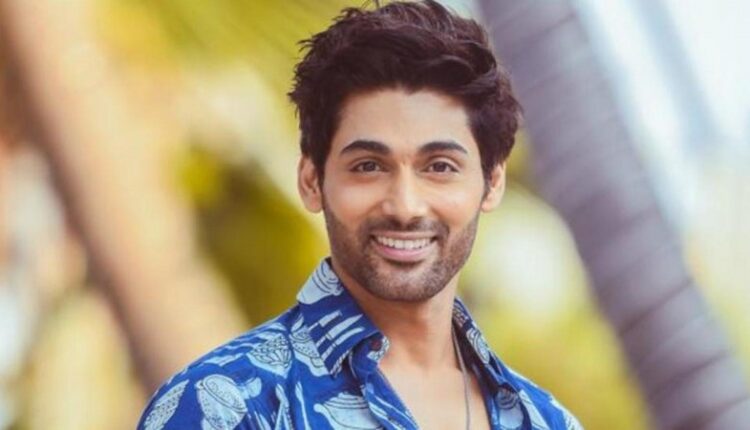 Bollywood actor Ruslaan Mumtaz recently completed the shooting of the song Chandigarh ki Chandni for the film Ajay Wardhan. The actor told that this song is a very beautiful song. He enjoyed this song a lot during the shooting. The song has been directed by director Dushyant Pratap Singh. Actress Aishwarya Bhakuni will be seen with him in this song. The choreographer of the song is Andy Bhakuni while the cinematographer is Gifty.

The film Ajay Wardhan is going to release on 4 November 2022. The film is based on the life of India’s renowned Dental Dr Ajay Aryan.The film has been directed by Dr. Pragati Agarwal. Bigg Boss fame Romil Chaudhary is seen in the lead role of the film. Who has played the character of Dr Ajay very well.

Ruslaan Mumtaz told in a conversation with the media that he is very impressed with the work of director Dushyant Pratap Singh. His creative work not only makes the project good but all the artists feel very comfortable with him. Ruslaan Mumtaz told that Chandigarh ki Chandni is a beautiful romantic song. He sincerely hopes that the audience will like this song very much.

Watch, Tiktoker asked Ranveer Singh what he does for living, Video went viral

When CJI Chandrachud moonlighted as radio jockey at All India Radio