Sweden’s defence major Saab to manufacture Carl-Gustaf M4 in India; what it means for Army [details]

“We are fed up”; Iranian women are burning hijabs, cutting their hair

The Swedish defence company Saab on Tuesday announced its intention to establish a manufacturing facility in India for the Carl-Gustaf M4 shoulder-fired weapon system as part of the NDA government’s ‘Make in India’ initiative to support domestic defence manufacturing. Even though the company hasn’t yet disclosed the location, production at the new facility is anticipated to start in 2024.

According to the new firm, Saab FFV India, the most recent rocket launchers for the Indian armed forces as well as componentry for users of the weapon system worldwide will be produced in India.

The site will be the company’s first Carl-Gustaf M4 weapon system manufacturing facility outside of Sweden. The plan is currently being discussed by Saab with the army. Since 1976, the Indian Army has used the Carl-Gustaf armament system, while the country’s older M2 and M3 models were developed under licence.

According to Saab’s dynamics-business head Gorgen Johansson, setting up a production plant for the Carl-Gustaf M4 in India is a logical move given the company’s long and tight relationship with the Indian Army, one of the system’s most important users.

He said, “We are glad to be able to contribute to the [Indian] government’s goals of developing a world-class defence industry and proud to offer the Indian armed forces our Carl-Gustaf M4 made in India.”

Make in India in Defence

In recent years, the Narendra Modi-led central government has made a number of moves to encourage self-reliance in the defence manufacturing industry, including raising FDI from 49% to 74%, notifying three lists of 310 weapons and systems that cannot be imported, and setting up a separate budget to purchase locally made military hardware. The M4 armament system has a maximum shooting range of 1,500 metres and can fire a variety of munitions, including anti-armour and illuminating rounds. 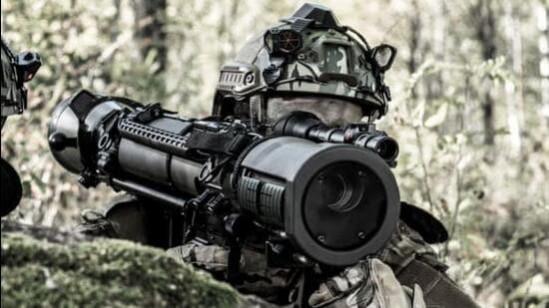 Saab will collaborate with Indian suppliers to produce systems that fully adhere to the Make in India concept. For the Carl-Gustaf M4 weapon, Saab FFV India will use sophisticated technologies, including the most recent sighting technology and cutting-edge production procedures.

India has allowed millions to open bank accounts and pay in one click, says EU…