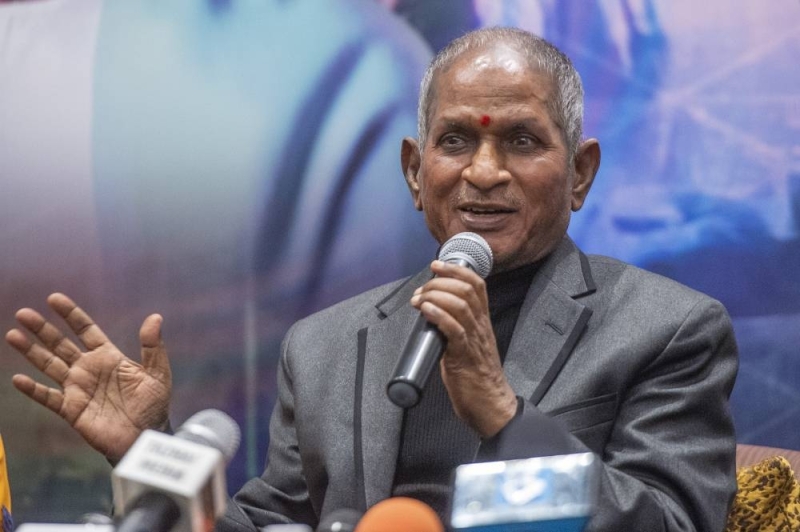 Ilaiyaraaja will be performing in KL tomorrow, alongside famed South Indian singers such as Shweta Mohan and Karthik.— Picture by Shafwan Zaidon

The orchestra-themed concert is to be held at Malaysian International Trade and Exhibition Centre (MITEC) tomorrow night. Featuring a 50-member musical ensemble, it also promises a night filled with Ilaiyaraaja’s greatest hits throughout the years.

Renowned South Indian singers who are part of the concert tour include SPB Chandran (son of the late SP Balasubrahmanyam), Shweta Mohan, Karthik and Yugendran Vasudevan.

Organised by concert producer Mojo Projects, the four-hour live concert is expected to see a crowd of 8,000 spectators.

“The orchestra set-up coupled with the musicians on stage is definitely going to be a once-in-a-lifetime experience for Malaysians.

With the entertainment scene being hit the hardest during the pandemic, Ratna is grateful that Ilaiyaraaja had kept his promise to perform for his Malaysian fans.

“Coming back to stage with Maestro Ilaiyaraaja Live In Kuala Lumpur is truly a blessing.

“We were unsure if the concert will ever happen. So much has changed since Covid-19, but maestro’s promise to us never wavered,” Ratna said.

Ilaiyaraaja, 79, is an acclaimed Indian film composer, singer and lyricist. He is known for his film music in South India by fusing Western musical nuances into songs and has worked in the Malayalam, Telugu, Kannada and Hindi films as a music director.

He rose to fame after composing songs for 1976 movie Annakili and has since composed about 7,000 songs in total.

Bagging five National Awards, Ilayaraaja was well-known for his work in the 1980s in the Tamil film industry especially for his film scores.

Apple adds karaoke feature to its music service; Now users will able to do THIS

Shehnaaz Gill Just “Had To” Dance With Vicky Kaushal To This Song. Watch