Her narratives are strongly rooted in real people and the local milieu, often discovering and celebrating the beauty of ordinary life in Assam. That is not just it. There is always a sense of conflict between the inner and exterior world that Rima Das’ characters seem to inhabit — whether it is Village Rockstars (2017), a film that put her on the global map and was India’s official selection for the Oscars, or Bulbul Can Sing (2018).

Her latest feature, Tora’s Husband, which premiered recently at TIFF 2022, seems to deal with a similar conflict: personal is the larger politics. Set against the pandemic, the film is about an everyday man who struggles to keep his small business afloat, while shouldering through lockdowns, relationships and losses. Although not directly affected by the pandemic, Das says she was living alone in Mumbai during the first lockdown, “oscillating between hopelessness and hope”. She felt alive when she returned to her hometown in Assam. There, she noticed the locals fighting the everyday struggle of survival.

Rima Das had a story to tell. Excerpts from an email interview:

Your previous films Village Rockstars and Bulbul Can Sing had their world premiere at TIFF. Tora’s Husband is the third film to premiere at the festival. How does it feel to be back and how has the reception been?

TIFF is the biggest public film festival and a hub for cinema lovers. So, I feel extremely grateful that Tora’s Husband is our third premiere at the festival. At the premiere, I discovered some of the audience members who had previously watched Village Rockstars and Bulbul Can Sing, were there for Tora’s Husband. It’s a great feeling when film lovers appreciate your work and cheer you on.

Tora’s Husband is different from my previous films. So, I was curious how the audience would react to it. I am glad people connected with the raw and realistic portrayal of characters, their world and the times. 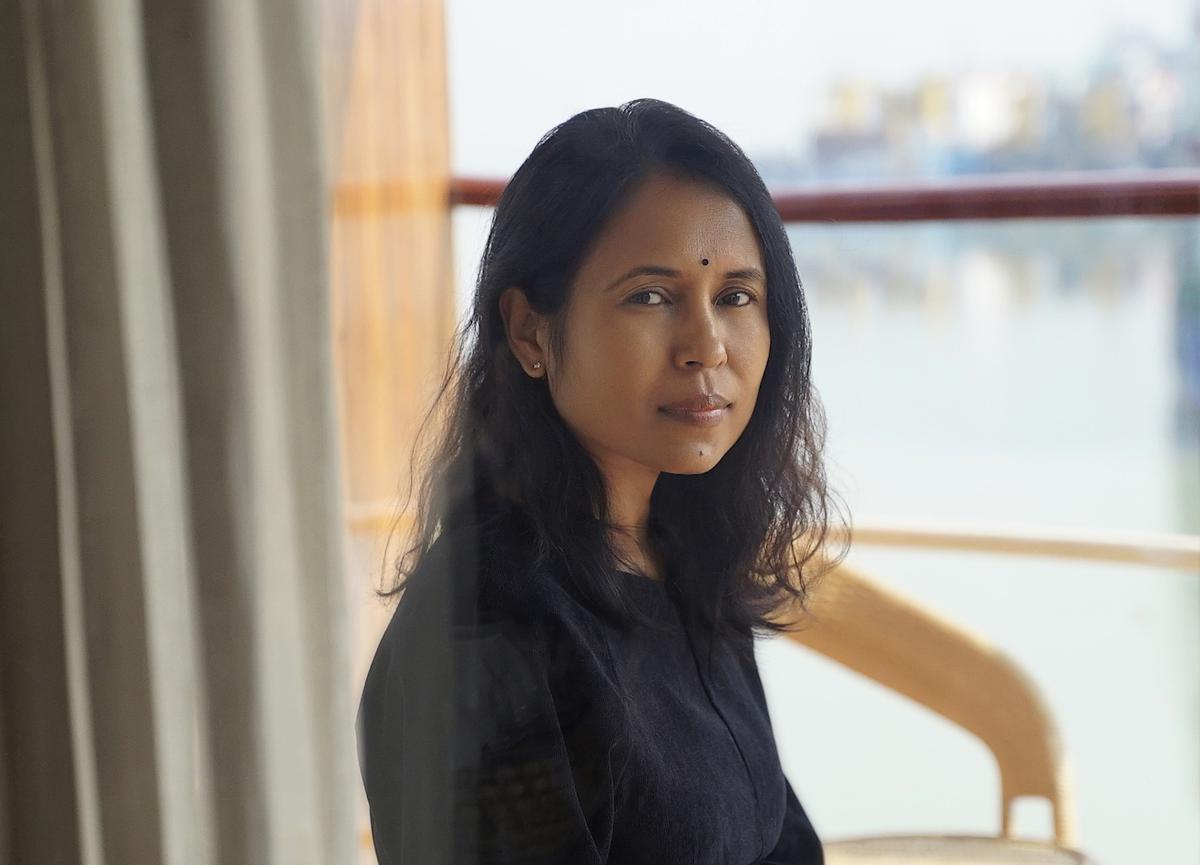 The film’s blurb describes it as “a drama about a father who wants to keep his small-town business while his relationships deteriorate amidst lockdowns”. What is it about this particular story that you felt compelled to say?

Tora’s Husband is the very personal journey of a common man. What each of us went through might differ, but the suffering and loss was universal. I kept contemplating whether I should make this movie or not. That’s when it occurred to me that this time will be important for us, when we look back. People still make and watch World War II movies even today. I felt why should I not document the real pandemic situation in real locations the way I see it?

You have dedicated this film to your late father.

Every film I do is personal. Knowingly or unknowingly, I cannot personally detach from the film. In some way or the other, I get emotionally connected to the characters and story. I lost my father when I barely began shooting the film. I continued filming in that mental state and it took a toll on the film. If he was around then it would have been different in terms of the story or structure. I can’t pinpoint.

Speaking of which, whether it is Village Rockstars or Bulbul Can Sing, the films are all personal. But they are also about the larger politics that happen within. How important do you think to have a social context?

I feel art is meant to mesmerise and provoke an emotion or thought. I would like to contribute in some way through my films. But it all depends, if a social context is relevant to my story, I try to incorporate it. When I spotted this person in my village who was being teased “ladies ladies”, I felt I should try to do my part to sensitise people around and included it in Bulbul Can Sing. There are so many instances like that. If an action, behaviour, situation touches me, and I feel it needs attention, it finds its way into my work. But I don’t force it in just to make a statement. It has to flow with my characters and situation. When you are developing the film at the writing stage, what are the essential things that become part of the narrative? Since Nature is a dominant character in your films, was it difficult to shoot Tora’s Husband given the lockdown restrictions?

When I am weaving a story, I cannot isolate it from the people, space and time. I am walking down a road and I see a tree, tea stall, cat, river, sky — they are all part of my universe. Should I ignore them? Should I not represent them in my work? I feel incomplete if it doesn’t reflect in my films.

Even if I make a film in Mumbai, I hope to include the world of my characters authentically with the constraints of shooting in a big city. Shooting during the pandemic was challenging. More than the physical constraints, the fear and restlessness we experienced felt crippling. But I am grateful the team stuck together and made it happen.

During Village Rockstars, you spoke about the need for good marketing and backing from big studios for independent cinema. Has the “festival tag” helped you in terms of marketing within India?

If it wasn’t for the festival journey, the films would probably go unnoticed. Due to the international acclaim, there is more attention and curiosity. So yes, it is surely helping.

You have become a strong voice in the independent space. Globally, we have been seeing that the window for small films has shrunk. The situation isn’t any different in India, where the space for indie films is anyway narrow. As a self-taught filmmaker, what are your thoughts on theatres vs OTT?

As filmmakers, we make our films with a bigger vision. It’s the first time, after February 2020, that I am at a film festival in person. It gives me so much joy to see packed theatres. How much I missed the echo of laughter, the silent tears and goosebumps, knowing that you are in it together. Watching films on the big screen is an immersive experience, it’s an event.

Having the convenience of space and time when watching films on OTT is equally important. Not everyone can physically be at a festival and watch films. So both the mediums are helpful.

‘The Legend of Maula Jatt’: Film likely to release in India, reports