The bikes that are best for the middle class

Bikes that offers both conveniences in terms of speed and space

Manufacturers of motorcycles in lower or commuter segments are mainly focused on increasing the mileage of the bikes as much as possible to attract more new motorcycle buyers. In the Indian two-wheeler market largely catering to first-time motorcycle buyers and those with a budget of not more than INR 65-70,000, bikes that are fuel efficient and deliver higher mileage become really important. Media India Group lists the Top 10 best mileage bikes in India.

Having dominated the world of motorcycle manufacturing for eight years, India slipped back to number two slot in the world, behind China, in 2021, due to a sustained slowdown in the market. India is also one of the largest exporters of motorcycles in the world.

Having peaked in 2018 at almost 25 million units, the two-wheeler production in India fell consistently to reach a volume of 15.2 million units Last year. Looking forward, IMARC Group expects the market to reach 42.2 Million Units by 2027, exhibiting a CAGR of 18.6 pc during 2022-2027. At their peak two-wheelers outsold cars in India by almost 6.8:1.

One of the key reasons behind the wide gap between the motorcycles and cars is that motorcycles are affordable and it is considered a utilitarian vehicle rather than a lifestyle choice. As most people in India cannot afford to spend too much money on a car, they go with bikes and it offers both conveniences in terms of speed and space. Also, since motorcycles are more manoeuvrable, one can escape most of the traffic jams commonly found on Indian roads.

Another big factor in making people go for two-wheelers rather than four-wheelers is the extremely high fuel cost, which has scaled new peaks almost every year for the past several years and as cars are fuel guzzlers as compared to motorcycles, most budget-conscious customers would settle for two-wheelers, even if a four-wheeler is more suitable vehicle for them. High maintenance costs of cars clinch the case for two-wheelers. But fuel remains perhaps the single most important factor behind the choice.

Keeping these factors in mind, here is a list of 10 most fuel-efficient motorcycles, curated by Media India Group, that an Indian can go for. 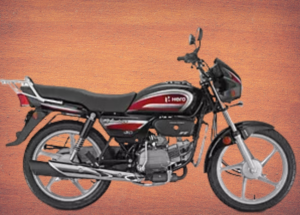 Hero Splendor is a very popular Indian motorcycle, based on high mileage given. In 2019, it was the highest selling model in India and in 2022, it figures in the top three best-selling bikes. It remains the most profitable product for Hero Motocorp, the manufacturer. The Hero Splendor Plus is powered by 97.2cc BS6 engine which develops a power of 7.91 bhp and a torque of 8.05 Nm.

TVS Radeon is a budget-friendly bike in the commuter segment. The bike design looks similar to Hero Splendor but the mileage, engine sound, and looks all are good and the seating is very comfortable, compared to all other medium-range bikes. It is powered by 109.7cc BS6 engine which develops a power of 8.08 bhp and a torque of 8.7 Nm. 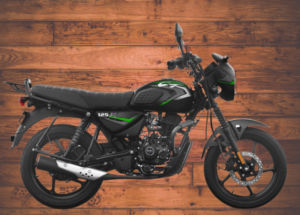 Bajaj Auto has launched CT 125X in the most affordable price range in the 125cc segment where it is getting good competition from TVS Raider, NS 125, Hero Passion Pro, and many more, but no one beats it in this segment as far as price is concerned. This bike gets a round headlight with a guard and a front cowl-mounted LED DRL, rubber tank pads, engine bash plate, fork gaiters, single-piece seat, rear luggage rack, and a side-slung exhaust with a brushed-aluminum heat shield. The CT 125X is powered by 124.4cc BS6 engine which develops a power of 10.7 bhp and a torque of 11 Nm. 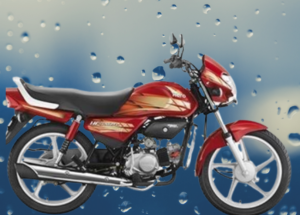 Hero HF Deluxe is a value for money, low maintenance, and very fuel-efficient bike. It is also very comfortable for long rides and it looks quite similar to the early Hero Honda Passion, making it a stylish and youth-oriented bike too. HF Deluxe is powered by a 97.2cc BS6 engine which develops a power of 7.91 bhp and a torque of 8.05 Nm. 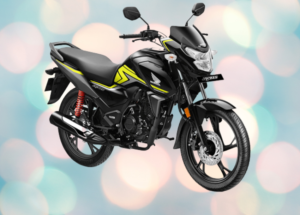 Although it comes in the commuter segment, its macho look and its 125cc engine will compel buyers to consider it in the sports category. Its fuel efficiency, some sports features & looks getting huge popularity among youngsters. The Honda SP 125 is powered by 124cc BS6 engine which develops a power of 10.72 bhp and a torque of 10.9 Nm. 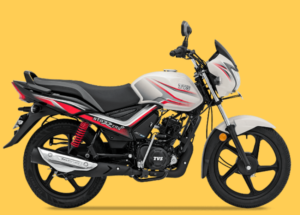 The Star City Plus motorcycle comes with a bunch of features such as a full LED headlamp, a USB mobile charger, a five-step adjustable shock absorber at the rear and a dual-tone seat. Its new Fi engine is 15 pc more fuel efficient than its carb variant. The TVS Star City Plus is powered by 109.7cc BS6 engine which develops a power of 8.08 bhp and a torque of 8.7 Nm. 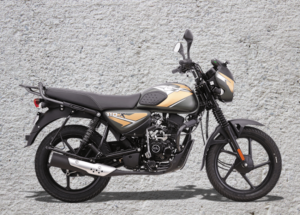 The Bajaj CT110 is one of the most affordable bikes in the Indian market that offers a reliable, powerful, and a fuel-efficient engine. The bike, with its subtle design language, looks appealing and has been a popular choice amongst buyers who want a reliable and a high mileage bike for the city commute. In addition to this, the bike is light and new riders will surely like the overall ease of riding the CT110. It is powered by a 115.45cc BS6 engine which develops a power of 8.48 bhp and a torque of 9.81 Nm. 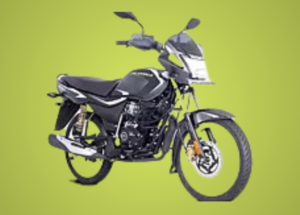 The Bajaj Platina 110 is the only motorcycle in its segment to feature the safety net of an Anti-lock Braking System (ABS) which one cannot find in any other bikes in this amount and its knuckle guards give it a very trendy and different look in this segment. The Bajaj Platina 110 is powered by 115.45cc BS6 engine which develops a power of 8.44 bhp and a torque of 9.81 Nm. 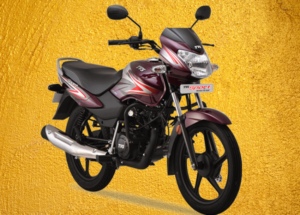 The TVS Sport is a lightweight, commuter segment motorcycle, with a refined engine and an affordable price tag. Initially, it was launched in 2007 under a 100cc engine bike but TVS updated it with a larger 110cc motor during the BS6 transition in April 2020. It is a very affordable and high mileage bike, powered by a 109.7cc BS6 engine, and develops a power of 8.18 bhp, and torque of 8.7 Nm which is more than enough at this decent price range. 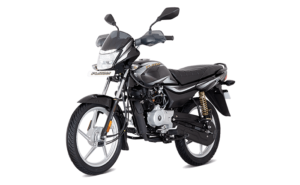 We put Bajaj Platina 100 at the top of our list on the basis of its price and features. Bajaj has developed this bike to keep the rural market in mind that’s why they set the price very affordable. This bike is available in a kick and electric start versions. To make it more practical, the Pune-based manufacturer has equipped the bike with knuckle guards.

Trending news: ‘Delhi people, what will you do…’ Mims fair on Delhi…